You know the feeling when you just finished a novel and you have a ton different thoughts and feelings, but you cannot form them into words! This story left me speachlesssss! I needed a day to recover.

So, about the plot:

The novel is about two sisters, struggling in Nazi-occupied France.

The eldest, Vianne, is a teacher in a small French country town, raising a daughter Sophie and waiting for her husband to return from the front. She also tries to find ways to fix her relationship with her sister, Isabel. Vianne is terrified when a German officer moves into her guest room. At first, her only concern is to keep Sophie safe, but later on, she finds her mission. Right before Nazis noses, she successfully rescues and hides Jewish children.

Isabel tries to deal with the pain of rejection from her
father and sister. She is rebellious, adventurous, speaks her mind, and never thinks about the consequences. When the Nazis invade France, she knows right away, she is going to fight back, no matter what it takes and whom it puts in danger. She joins the resistance and becomes the famous Nightingale, who rescued more than 100 British and American pilots.

I like how her character develops through the story. She is not the same young, naïve, lightheaded girl as she was in the beginning. She grew to be a smart, responsible and truly brave woman.

People are judgmental; they are trying to find flaws in others, just to make themselves look better.

The way people of the village and her own sister rushed to judge Vienna for not being brave enough or for treating the German humanely.

People say: “I would never do that!”

Seriously? You think you know how you would behave in a difficult situation, but you really do not, not until you are in one.

Just imagine doing the “right thing”, when you have to keep your child safe.

However, Vienne found her bravery, which she did not imagine to have. She did it quietly, without the all the fuss.  While her sister Isabel was a national hero, known as a Nightingale, Vienna unnoticeably rescued 20 Jewish children.

I liked how the novel was not just about romance, but touched many different and important subjects, like a parent-child relationship, sister’s relationship, loss of a parent, a man struggling with his emotions after returning from Great War, love during wartime and so much more.

Men tell stories. Women get on with it. For us it was a shadow war. There were no parades for us when it was over, no medals or mentions in history books. We did what we had to during the war, and when it was over, we picked up the pieces and started our lives over. 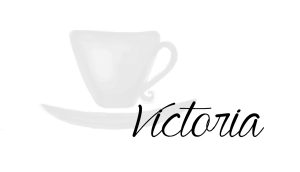